Shading can have a serious impact on solar thermal and photovoltaic system outputs. Accounting for shading factors is therefore a very important aspect of solar energy system design. Case studies indicate that significant shading will prevent a metered system ever reaching its potential payback point, which would not always have been the case had the shading been accommodated within the design. Reputable installers perform an accurate on-site survey to determine how to optimise a site by getting the best from it.

Shading prevents solar energy from reaching a collector. Solar energy comes from various sources, including beam radiation (direct from the sun), indirect or diffuse radiation (scattered over the whole sky) and reflected radiation coming from nearby objects. Different parts of the sky affect the radiation levels at different times of the day and seasons. The latitude of a location has a strong effect on the height of a sunpath. These complex relationships are best analysed using computer simulation programs such as PV*SOL and T*SOL.

Shading from nearby objects has a particularly strong effect with even small, transient shadows causing significant losses. Such shading typically has sharp defined edges. Examples of this include adjoining rows of modules on flat roofs, roof features and ground objects such as trees and other buildings.

Shading also comes from far-away landscape features such as hills, which give a shadow with feathered edges. Many of these are particularly prominent when the sun is low in the sky, such as during winter or at higher latitudes.

However, the most significant effect on solar energy systems through loss of solar radiation occurs around the hours of midday when the sun is at its strongest. Hence, in order to position solar arrays correctly, consideration should be given to the particular sunpaths of the location throughout each day and season. There are also local climatic conditions to consider, where perhaps morning mists or afternoon thunderstorms regularly occur. 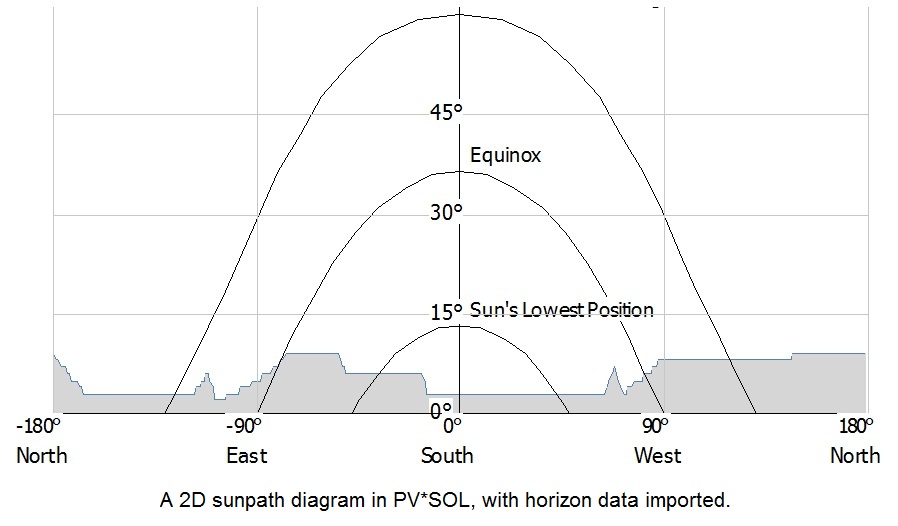 There is not a single point on the UK mainland that avoids shading, since any land mass sitting above the sea level inevitably reduces the diffuse sky area. Historically, shading has been considered to affect PV output to a greater extent than heat generated from solar thermal collectors. However, recent techniques using micro-inverters, string inverter optimisation and module diode orientations have made PV arrays more robust to shading.

Shading uniquely affects PV arrays due to a localised effect on the current within PV modules via bypass diodes that can cause cell over-heating. 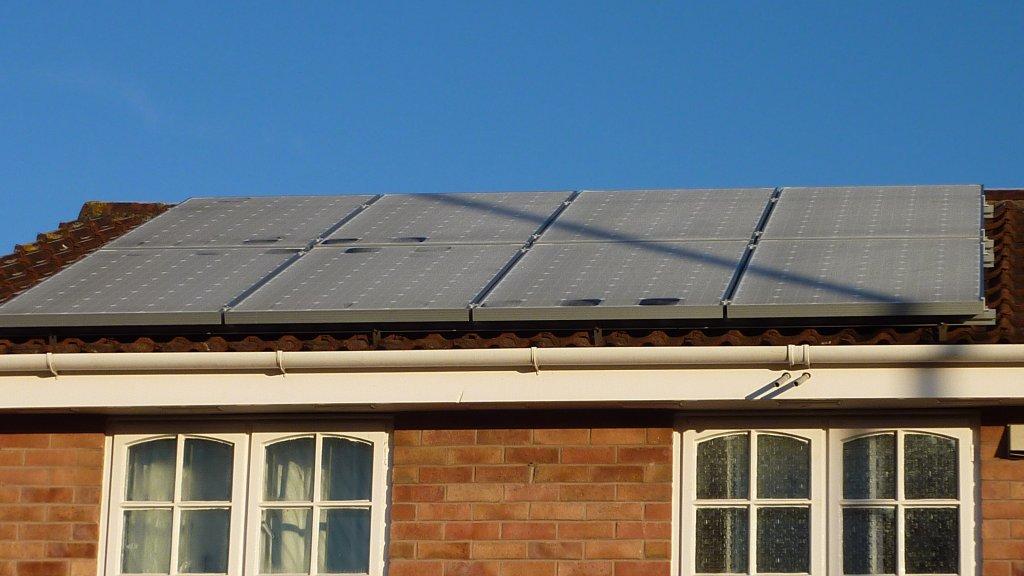 In comparison, a particular problem with solar thermal arrays is that there can be a localised 'black-out' of temperature and irradiation sensors whilst other parts of the array reach boiling point.

Only an on-site survey can properly acquire enough detail to optimise the design of a solar energy system. There are four aspects of this:

Training in any or all of the above four elements can be undertaken, either as part of a longer organised course or individually.

PV*SOL software for photovoltaic systems and T*SOL software for solar thermal systems allow you to simulate the impact of shading on your array. This combines with all the other time-saving, accuracy and presentation features of professional simulation software to help give a competitive edge.

Comparison of shading features in PV*SOL for photovoltaic systems: 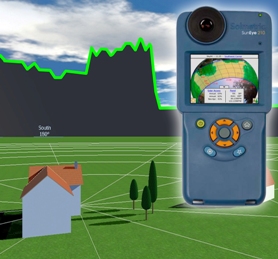 An accurate site survey can make all the difference. Modern survey tools make assessing sites quicker and safer. These can considered in two categories:

Non-photographic tools such as the Solar Site Selector produce a simple visualisation of shading across the sun's path.

Photographic tools such as the Solmetric SunEye create on-site panoramic images which can be rapidly converted into a percentage loss of radiation and ultimately into digital shading files.

In all cases, further improvements can be made by capturing sub-100 metre objects and modelling them in 3D.

Laser measures such as this produce quick angular and distance measurements for rapid 3D modelling, all taken safely from the ground.

This information can then be imported into computer simulation software packages such as T*SOL for solar thermal and PV*SOL for photovoltaic. These help users to design solar energy systems for even the most complicated building.

With PV*SOL and PV*SOL premium, it is now possible to produce a photorealistic representation of the building as it will look with PV modules installed. In PV*SOL premium you can produce a 3D animation of the sun's path and the movement of shading across the landscape. Additionally, the shade frequency feature can show the effects of shading on each individual module. This means that underperforming modules can be removed or relocated if necessary. 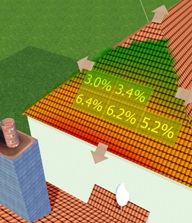 By using such tools, the effects of shading on solar thermal and PV designs can be minimised and the best possible design produced for any building or customer.

To get the most of all the tools and their uses with simulation software, training is suggested. The Solar Design Company provides training courses in PV*SOL, T*SOL and Surveying for Solar, which shows trainees how to use the tools and techniques of site surveying to improve solar project designs.