The Solar Design Company performed a series of calculations on a case-study building to illustrate how a proposed chimney would meet condensation and draught levels under BS EN13384. We found that a shorter chimney with a wider diameter performed better than a longer, narrower flue, thereby meeting European standards.

A 25kW wood pellet boiler was planned to be installed in an unheated outbuilding adjacent to a dwelling of a similar height. A fragile roof covering meant that a vertical route was not preferred. The chimney design was required to meet BS EN13384-1, to indicate if a sufficient draught was available and if using three bends would mean a pressure-drop risk in the chimney. 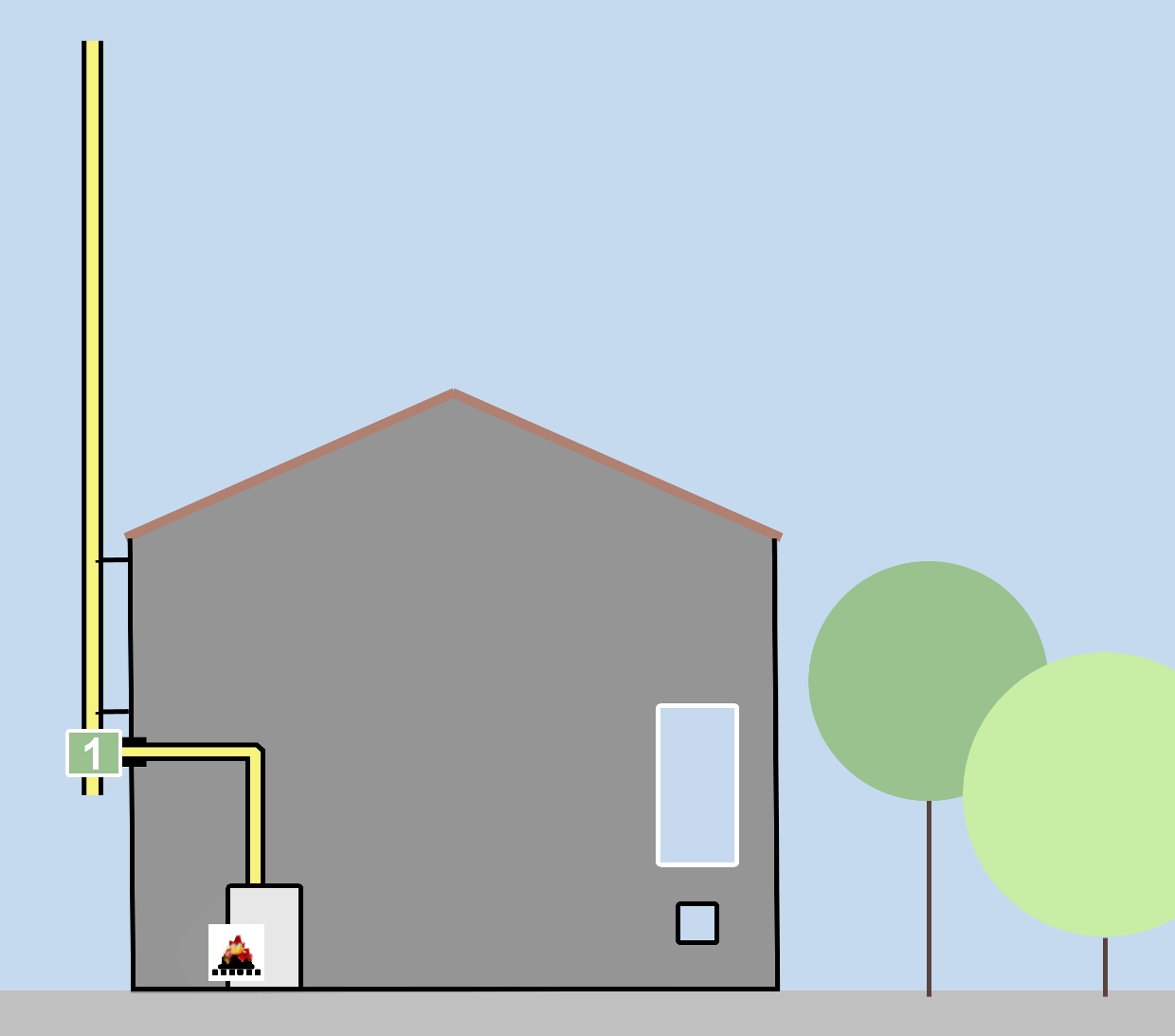 The details of the installation were input into kesa-aladin software, which calculates to this European standard and incorporates the relevant manufacturers' data. As well as the appliance type, length, height, diameter and number of bends, the height above sea level and neighbouring obstacles had to be described.

A 7m-high, 200mm-diameter, twin-wall stainless steel flue-way was first considered. However, when the details were input into kesa-aladin this could be seen to initially pass the draught test but fail the condensation test. This means that the chimney would have been at risk of excessive corrosion and freezing.

The diameter was reduced to 150mm, but this still failed the condensation test. However, a 5m-high flue with a diameter of 150mm met all the requirements of condensation and minimum draught, and so could be shown to meet BS EN13384-1 at a considerably lower cost than originally envisaged.

This information could then be communicated to the customer through the use of reliable data and clear visuals, allowing them to see the design process in greater detail. 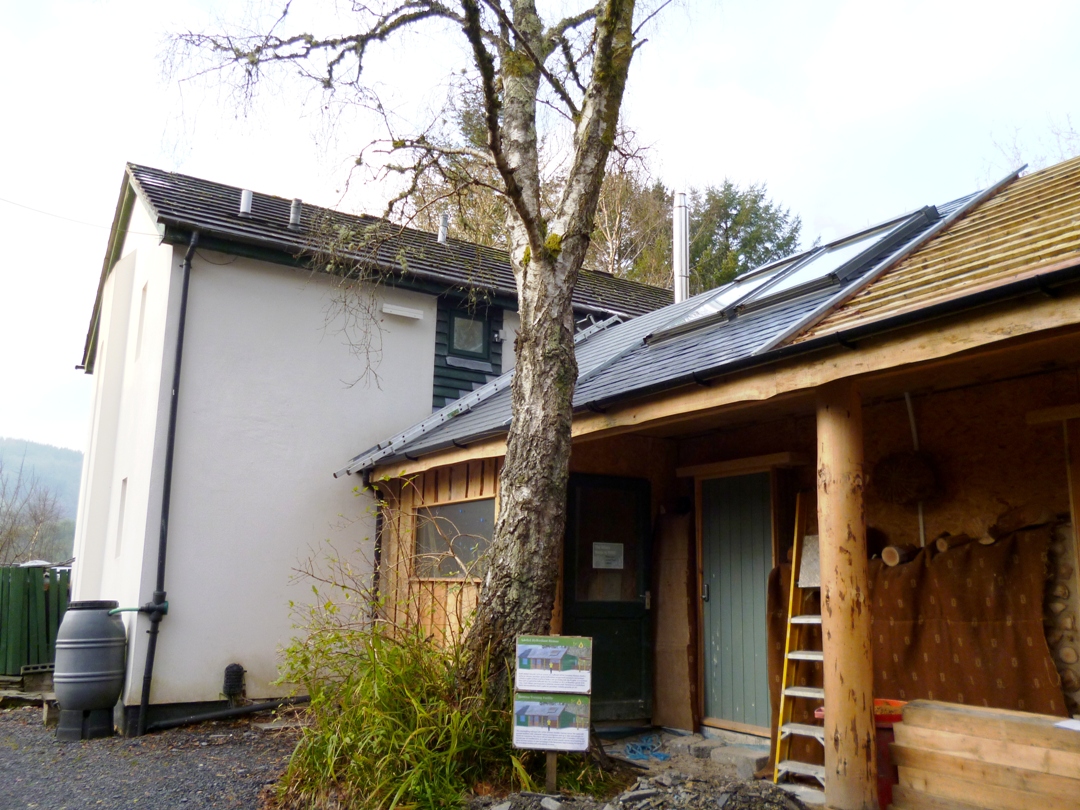 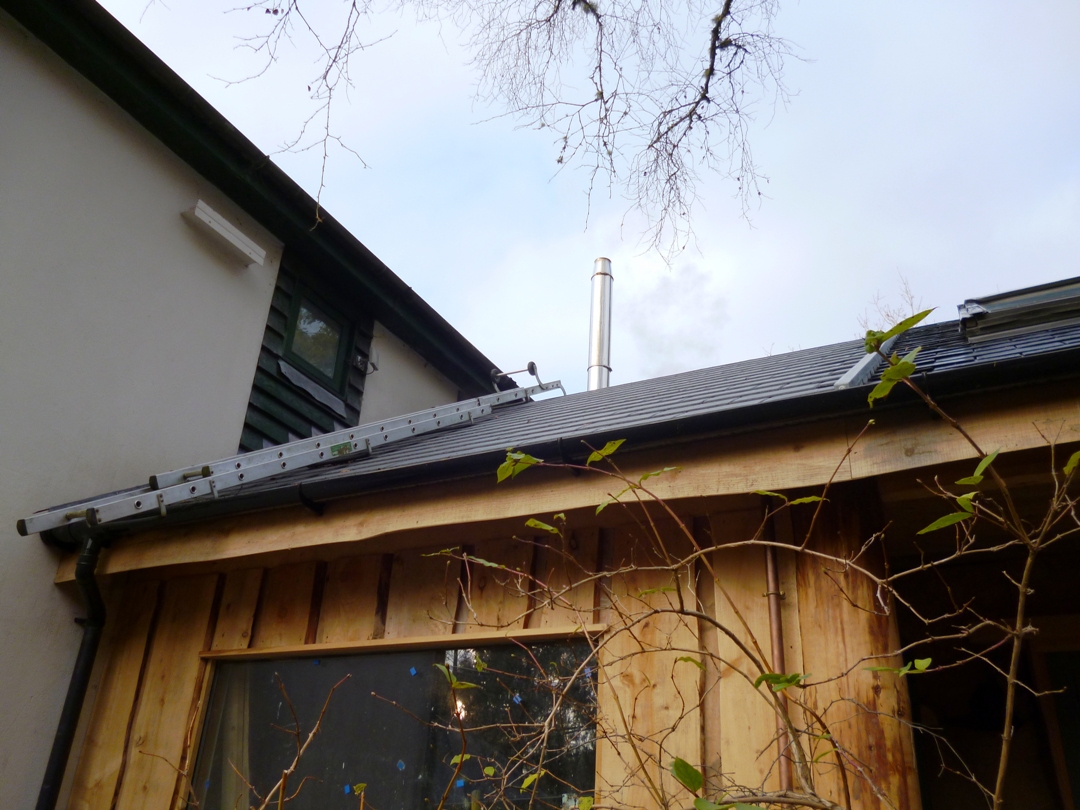 Dwellings with outhouses such as this can pose difficulties when calculating chimney dimensions.